With all the media attention with iPhone 6, and Samsung, I started thinking why I chose Nexus 5.  Looking back, I remember that I was frustrated when I would hear about a new Android update, and I still never got that same update.  This was when I had a Samsung Galaxy 3.  Everyone would be on 4.2, and I would be on 4.1, and it was 8 months after 4.2 was released.

So I just checked, and my Nexus 5 is on Android 4.4.4, while my co-worker, who is a proud owner of a Samsung Note 3, is on Android 4.4.2.  His claim is that even though the Nexus 5 will get the first update first, on subsequent updates, his Samsung would get it before my Nexus will.  Well, I’ve had 4.4.4 for about 2-3 months already, and I just read they just recently got 4.4.4 on Sprint Galaxy S5.  Sorry guys, I’ve had this for 2-3 months already, and you are claiming you get the latest first????  Meanwhile, I heard Samsung is still rolling out 4.4.2 on some platforms.

I heard about the Nexus 5, but really never looked into it.  I never did because my contract on my Samsung Galaxy S3 doesn’t allow me to upgrade until Oct 2014, so why even look into it.

I’ve been eyeing the Nexus 5 for a while, and now I find out Verizon will not support Nexus 5 on their network.
So even if my contact was up, I wouldn’t be able to use it anyways.  So I made the decision to switch carriers.  Yes, I’ll be ready to pay the penalty, but that wouldn’t matter too much.  I decided to go with T-Mobile, and their JUMP promotion, which touts you can upgrade your phone without paying any out of contract fees. It just make sense. Why not but a phone when you want to? 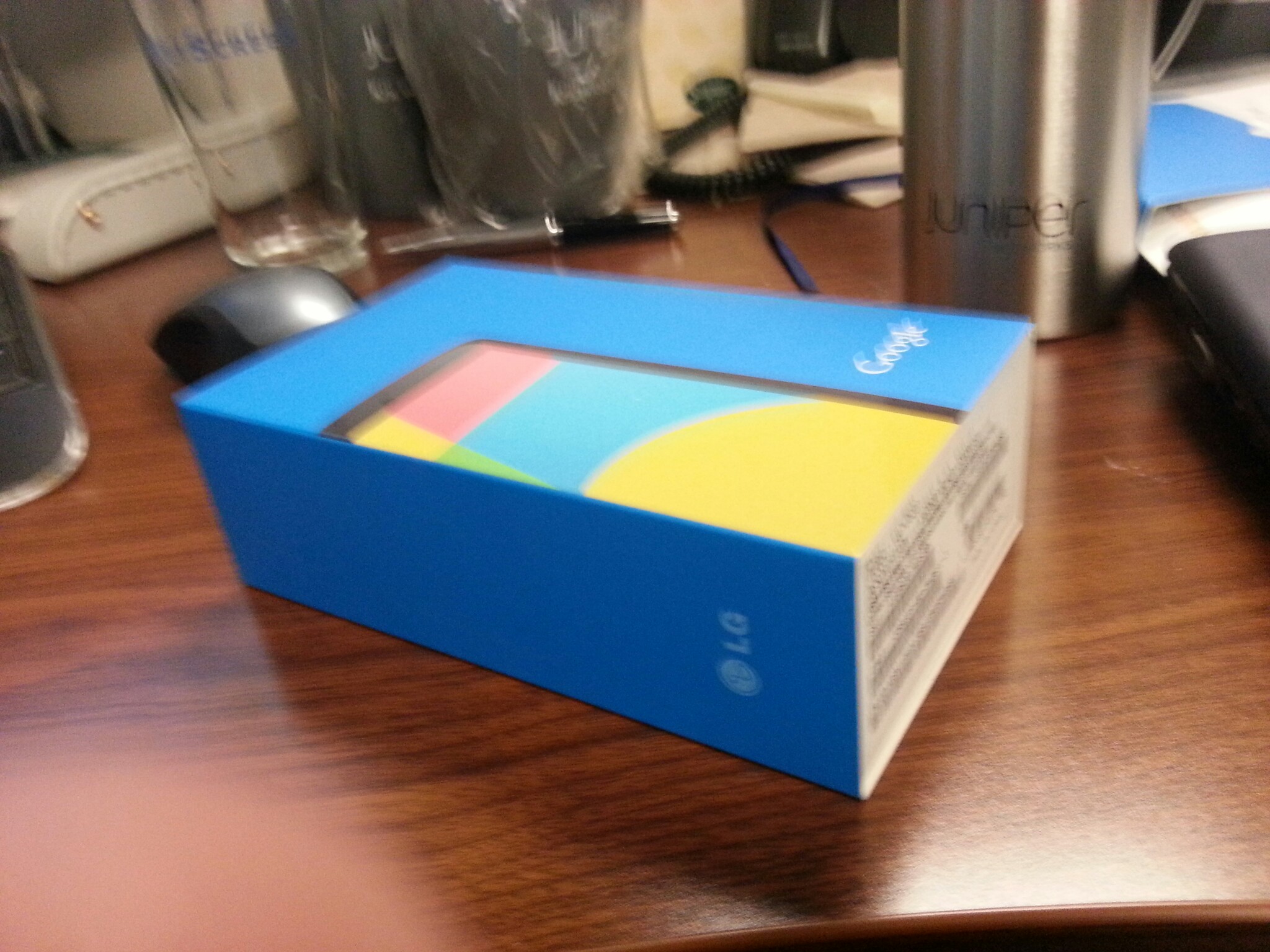 I got it 2 weeks before Christmas (took a week after I ordered it), and it came in a box that really looked like I it got new checks. 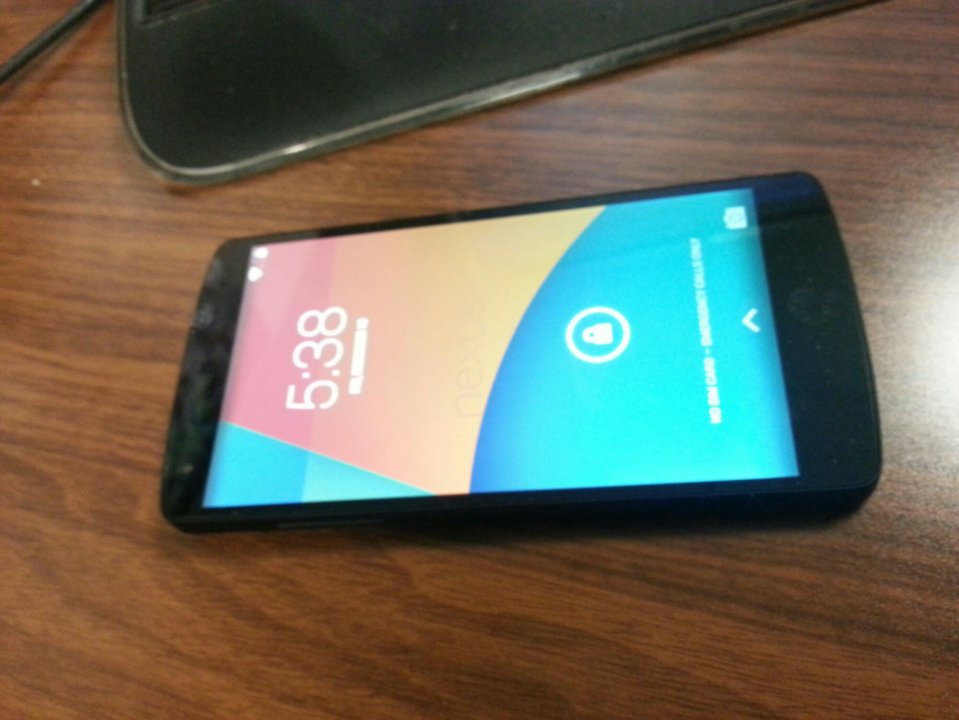 It is really sleek, and I especially like the way the back feels. It has enough friction (almost a rubber like feel), and it just feels good in your hands.

After initial setup (since I already had Google accounts, didn’t really have to fill out a whole lot if forms), it was pretty easy. In fact, after I got connected into the WiFi network, it was smooth sailing. I later found out, through Google, it synced all my Wi-Fi together, and I didn’t need to re-authenticate … It just worked. Really seamless and easy.

There was one really big reason I wanted to get a Nexus … They seem to get the OS updates on Android first. In fact, while all other Android phones on 4.3, mine S3 was still on 4.1. Another reason was a feature called Photosphere, which allows you a full 360 QuickTime-VR like experience. Better than panorama, because you can rotate the picture around.

Google also has a Siri-like feature. All you have to do is say “OK Google” and it pops up the goggle search and it will search location based on what you tell it. Very cool.

There is one really nice feature that the camera has called HDR+. It takes multiple layers of a shot, then takes the best exposure and combines them. Here’s a couple of pics to compare. 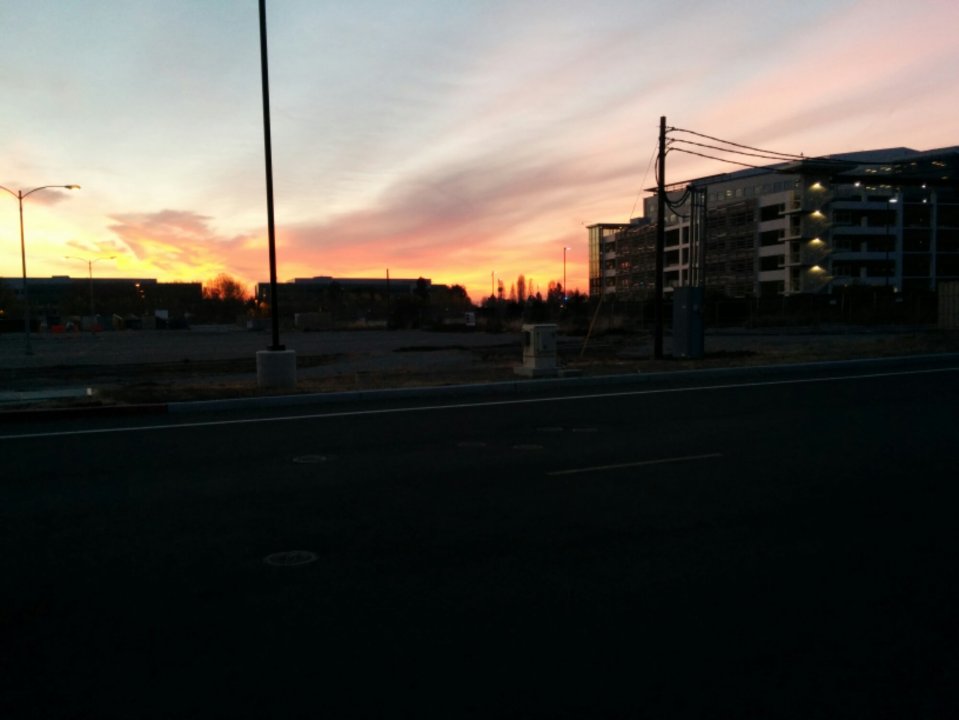 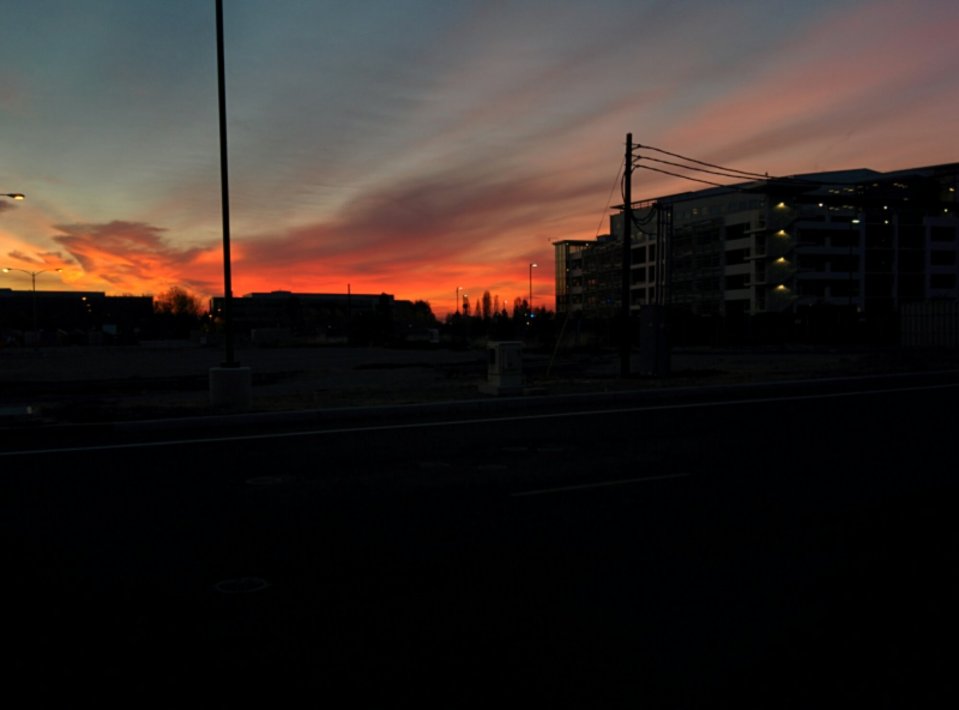 Seems much richer and fuller.

So I’ve had this Nexus 5 for almost a month, and so far no complaints. There is one claim that the battery recharge is much faster, but I’ll have to play around with that a little more.