With all the emphasis on completing 5 doubles this year, it’s odd to realize that I haven’t actually completed a full century this year (I would consider anything 90-100 miles a century).  I think not riding this distance may have actually had some impact on how I did on Camino Real Double Century.

This weekend was not good timing with others, but I was able to coordinate a ride with Donald, doing Sierra Road, then Calaveras, Palomares.  I would also do an extended ride over the Dumbarton Bridge, then back home.  That would make a good loop around the bay. 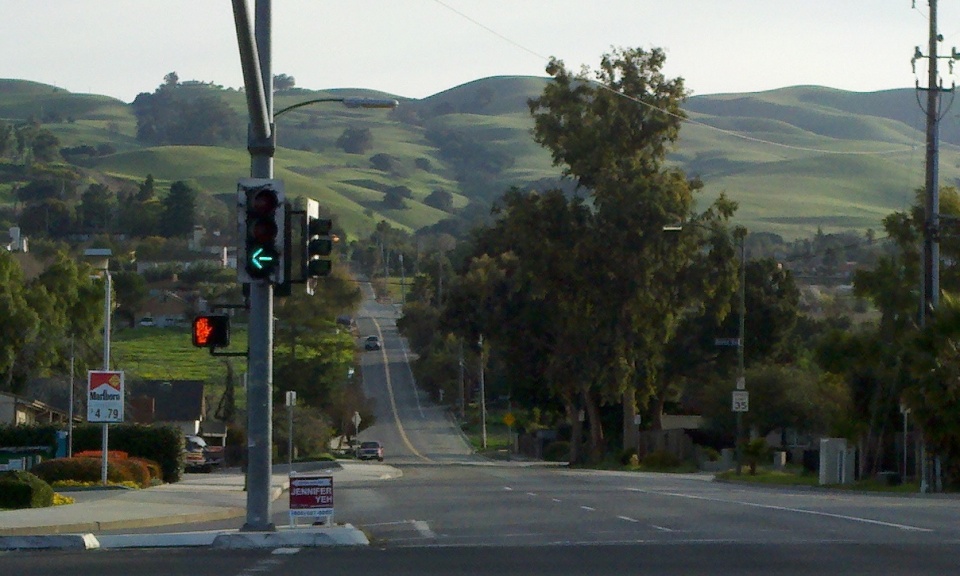 Funny thing about Sierra Road … it starts out at 14% … that’s a rude awakening.  The picture doesn’t really give you a clue as to how steep it really is … trust me, when you see it in person, it is freakin’ steep.  It’s hard to determine how to really prepare for this.  I even rode from home, so I already had logged in 15 miles before hitting this climb, but I still was not prepared.  I realized you just have to suffer while climbing, then you get into the climbing rhythm. 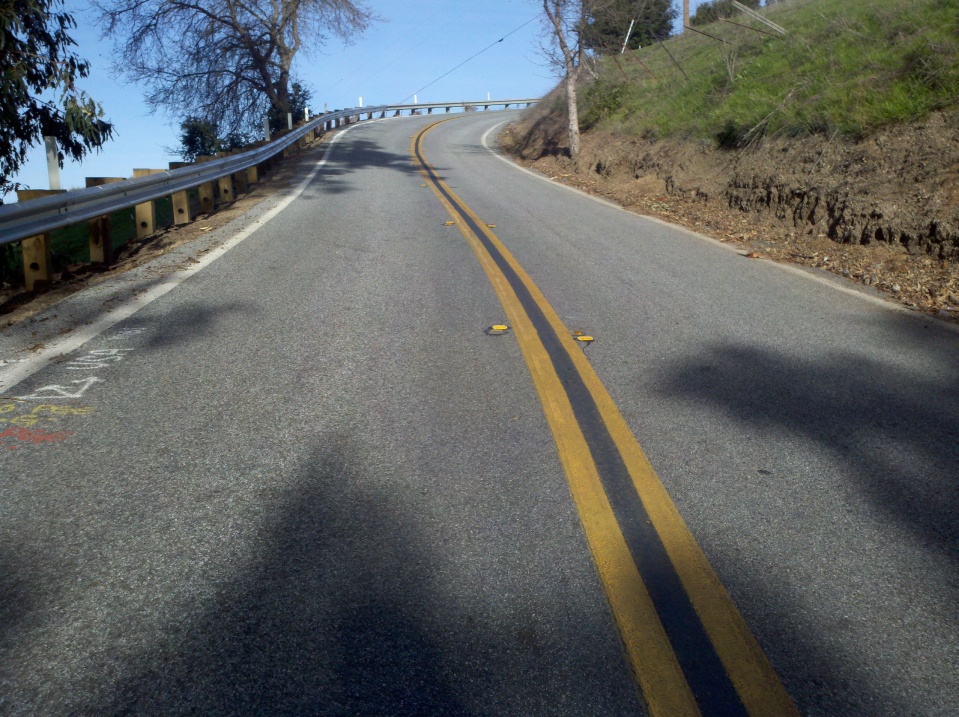 I can’t imagine doing this on DMD after about 150 miles.  It’s hard enough just doing this after 15 miles. 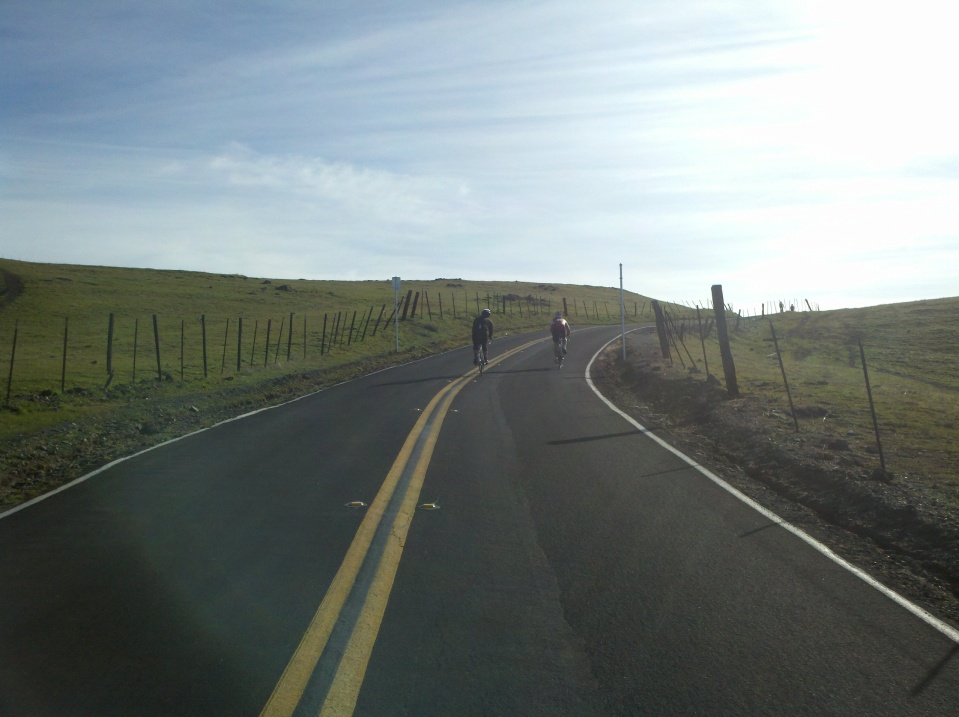 Can you imagine ATOC riders, racing up this … and this year it will be a hill top finish.  This is going to be epic.

Donald ran a little late, so we decided to meet at the summit.  I was actually surprised he didn’t pass me up on the hill, but I did see a number of people pass me up … no surprise there.

Swooping down Felter, on the other side of Sierra is exhilarating.  The views are breathtaking … sorry, it was too good to just descend down this, and I just couldn’t stop and take pictures … you’ll just have to take my word for it.  There are a few straight stretches where you could pick up some serious speed, but I kept it conservative, maxing out at 43.5 mph. 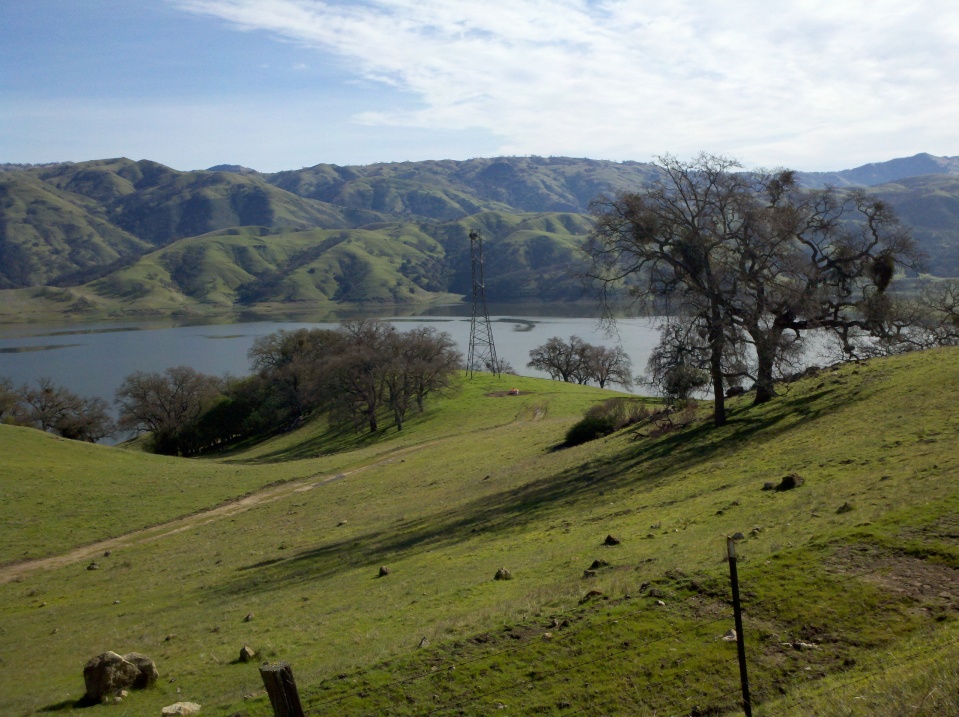 Calaveras, other than the one short steep wall, is a nice gradual climb.  There is nothing too significant as far as grades.  There was a lot of riders coming the opposite direction on Calaveras.  There was the cinderella training ride, and a bunch of Team in Training riders going the same direction.  Not sure if both groups were the same training group, but I thought it was an actual event ride, but found out it wasn’t.  There were definitely a lot of cyclists out there today.

We made our usual stop in Sunol for lunch, then onto Palomares.  Normally, going through Dublin Canyon (to get to Palomares) has some stiff headwinds, but it wasn’t really that bad today.  However, I still had some issues just turning the crank.  Who knows … maybe e-pills would have helped here, but I forgot to bring them.

I made it up Palomares with no problems, but that’s not to say I was really fast either.  Let’s just say that I was just able to get into a climbing rhythm.  I guess that’s the trick with climbing … just getting into the right rhythm.

Back to Fremont, and no onto my detour to Dumbarton bridge.  Donald helped me out there by leading me on Alameda Creek Bike Trail.  It’s a nice detour, that avoids city streets and traffic.  That led me onto Paseo Padre, then onto Thornton and onto Marshland, where I got onto Dumbarton.  I had forgotten how bad the road is on Marshland.  It’s not too much of an exaggeration to say that the road on Marshland Rd is like riding on cobbles.  I had to ride about 2-3 miles on this, and was glad when I got onto the bike trail, and onto the bridge.

The rest of the ride was almost like a commute home from work.  Just a long cruise on Middlefield, then back home.  This was a tiring ride, even though it was only about 5000 feet of climbing, and 99 miles … but you gotta start somewhere, right?