My first double of the year is coming up in a couple of weeks, and I figure another century is in store to prepare for it.  I did a 50 miler yesterday on my fixie, so that gave me some base mileage, but I wanted something to kick my butt today.  I originally called this climb climb climb to ring in Daylight Savings Time … nice rhyme, eh?  Climb mentioned 3 times for each of the climbs we were to do.

I posted this on Meetup, and much to my surprise, I got some takers.  The first climb of the day was Sierra.  I warned everyone that the when you look up, the road just goes into the heavens.  Even with that, the first reaction was “Holy Sh*t”.  Yet, those same riders were the first to the summit. 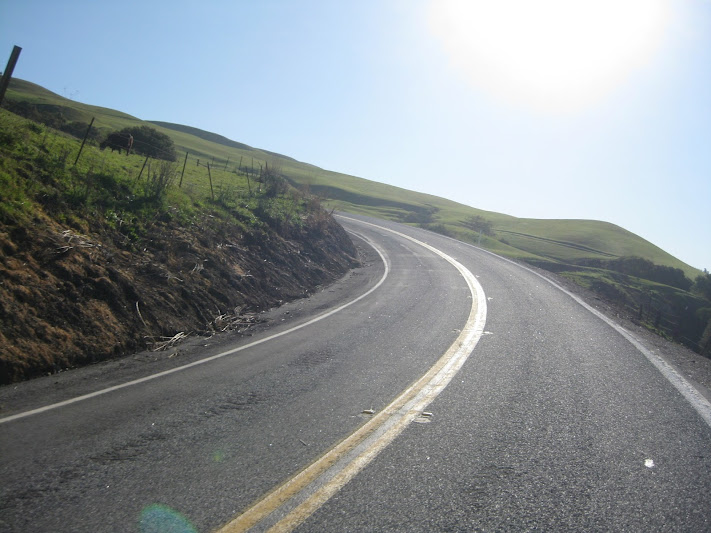 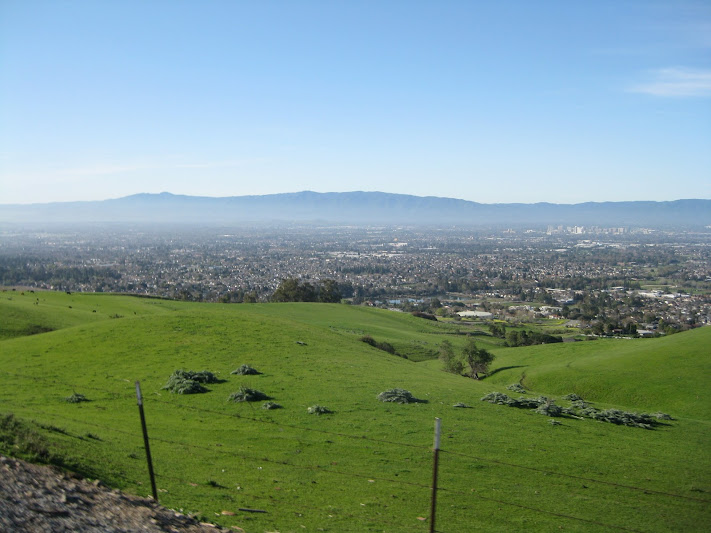 The weather was perfect for this ride … a little chill in the morning, but as soon as we started climbing, it warmed up really nicely.  Arm warmers were all that was needed (vest would come out on the descent).

We all survived that ok.  We then descended Felton with a quick water stop at the park on Calaveras (there is no water between here and Welch Creek, the 2nd climb).  After that, it’s on to climb the Calaveras wall, followed by some rolling hills before getting to Welch Creek.  I was describing how Welch Creek is harder than Sierra, and how the steep grades continue on, relentless, without too much relief.  As we approached, we see where we go, and the thought was, that’s not too bad.  At the base, it still didn’t look that bad.

As we start climbing, we see the first steep stretch, and the same guys let out a “Holy Sh*t”.  Time to grunt it out, and if it’s even possible, relax … uh, yeah, right, relax, on this hill? 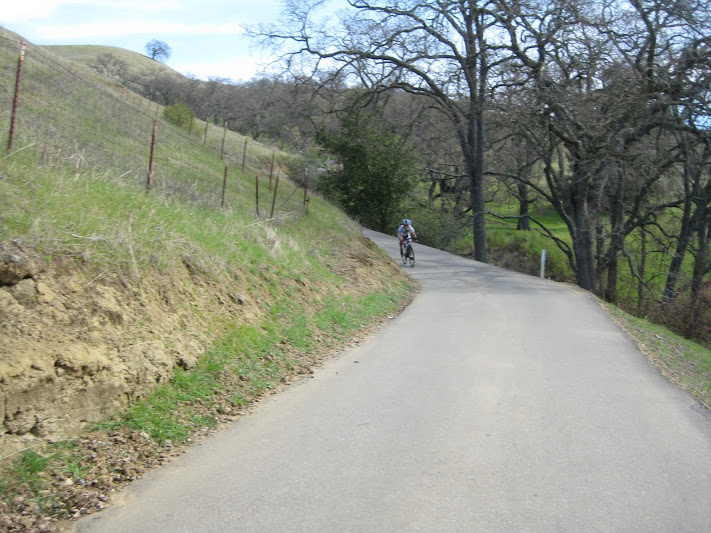 The strava segment says it’s 3.9 miles, and 1871 feet climbing.  Those numbers don’t even begin to describe the difficulty of this climb.  As Ramon would say, it’s stupid steep.  A lot of this road is narrow, where only one car can really pass on this road.  Good thing this is an isolated road, and there weren’t too many cars we had to contend with. 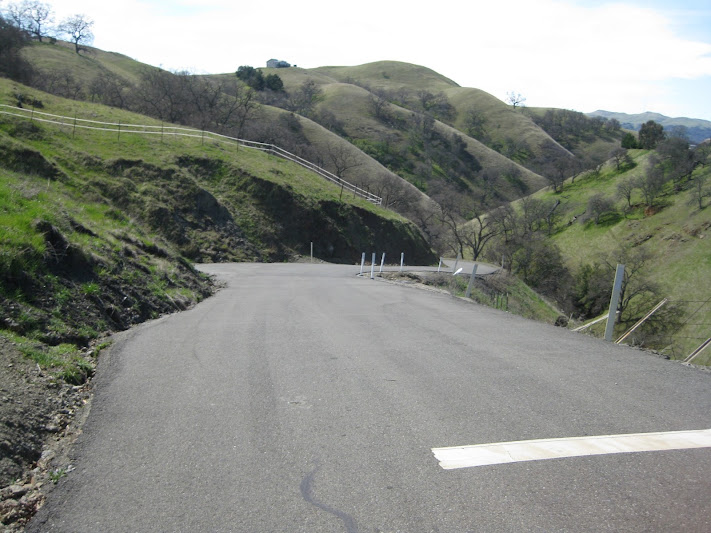 The last 1/2 mile or so got even tougher, pitches were steep.  We already had a lot of climbing in our legs, and it all accumulated to fatigued legs.  This one 16% stretch was just a bit much for a lot of us.  I had to walk a stretch of this till the pitch leveled out to about 5% … level …. hehe. 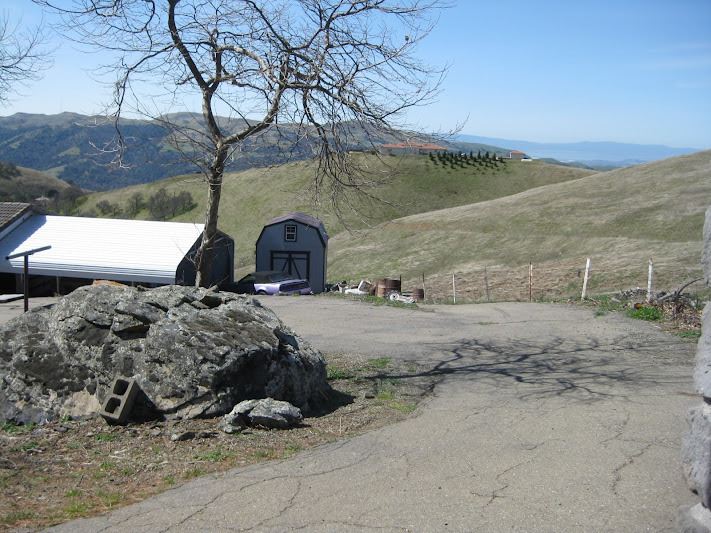 Finally at the top and a much deserved rest, and getting our heart rate down.  This is one of the toughest (if not the toughest) climbs in the Bay Area.  The only one that may trump it is Mix Canyon, but I haven’t had the pleasure of trying that yet.

After this, everyone just wanted this thing to end, so down to downtown Sunol, and we’re only doing 2 climbs … Welch Creek took its toll on the group.  We then took to quickest, most direct way back home … and I mean quick.  It’s like two different rides … morning climbs, afternoon all out sprint.  In the end, it was a great ride, great weather, and great company.