The third revision of the 30daysofbiking initiated on April 1st.  So am I going to do it … but of course.  Part of this was inspired by podcasts of bicycleradio.  The concept is simple … get on your bike once a day for 30 days, and document it either through blogs, twitter, facebook, or any means, and post it onto 30daysofbiking.com.  It doesn’t matter how long, how far, just as long as it involves you on a bike.  I do it mainly to keep getting into people’s minds that bicycling is a valid means of transportation (even if you do have a car). 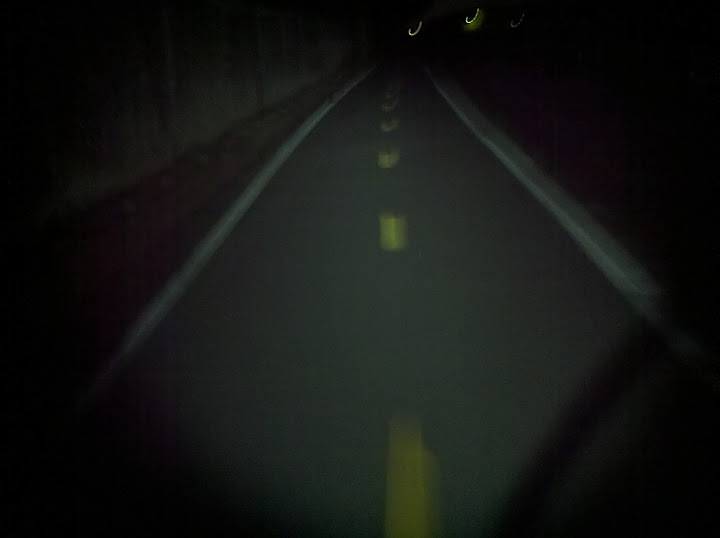 So what did I do on the first day … well, of course, I rode into work.  It’s still dark at 6 am, so gear up with as many blinkies as possible, get my bright HID on, and ride the trail.

I planned ahead, and stored an extra pair of shoes in the office (so I wouldn’t have to carry them on the commute).  So I only really was carrying my work clothes.  After work, I leave my work clothes at the office (to be picked up later), then ride with just the jersey and shorts I’m wearing, and head off to Page Mill Road.  It was also a great day out, with temps still in the 80’s by the time I got off work.

There were a bunch more people out on the road, and that’s great to see.  In fact, at one intersection, there were 4 bikes waiting for the light.  I should have taken a pic, but they would probably think I’m some sort of wacko. 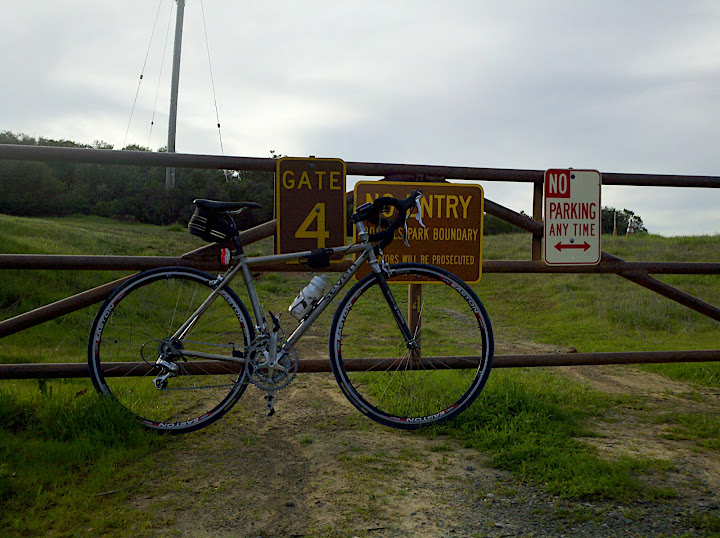 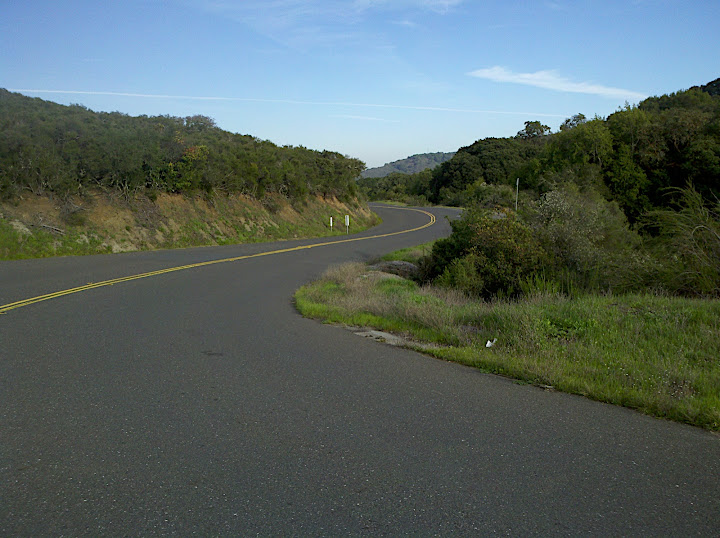 My destination was station 4 on Page Mill Road.  that is the steepest part of Page Mill, and I figure that should be sufficient (so that I could get back home without needing lights).  I did see quite a few cyclists bombing down the hill.  They looked too old to be Stanford students, but maybe they are grad students.  Anyhow, I waved to them. There were a few that were still climbing Page Mill.  I didn’t get passed by anyone (surprisingly).  I took a picture of one who was behind me … I think if we started at the same point, we probably would have arrived at the same time, but I think he was going to make it all the way to the top.